Any military tactician will tell you that the most important aspect of any battlefront is the continuous supply of arms, medicine, troops and food. He will also tell you that to keep the forces motivated, you will need to evacuate the wounded and rescue those captured by enemy forces. The phrase “Leave No Man Behind” is very popular in military circles. Have you asked yourself how the military is able to accomplish this? Well, it is by use of the heavy lift helicopters.

Whether you are talking of the celebrated soviet Mi-26 or the Eurocopter-made H225, you will soon realize that helicopters are transportation tool of choice by both civilians and militaries. They can land and lift off from an uneven terrain and can move faster and further than the trucks. Take a look for 2017’s best heavy lift choppers. 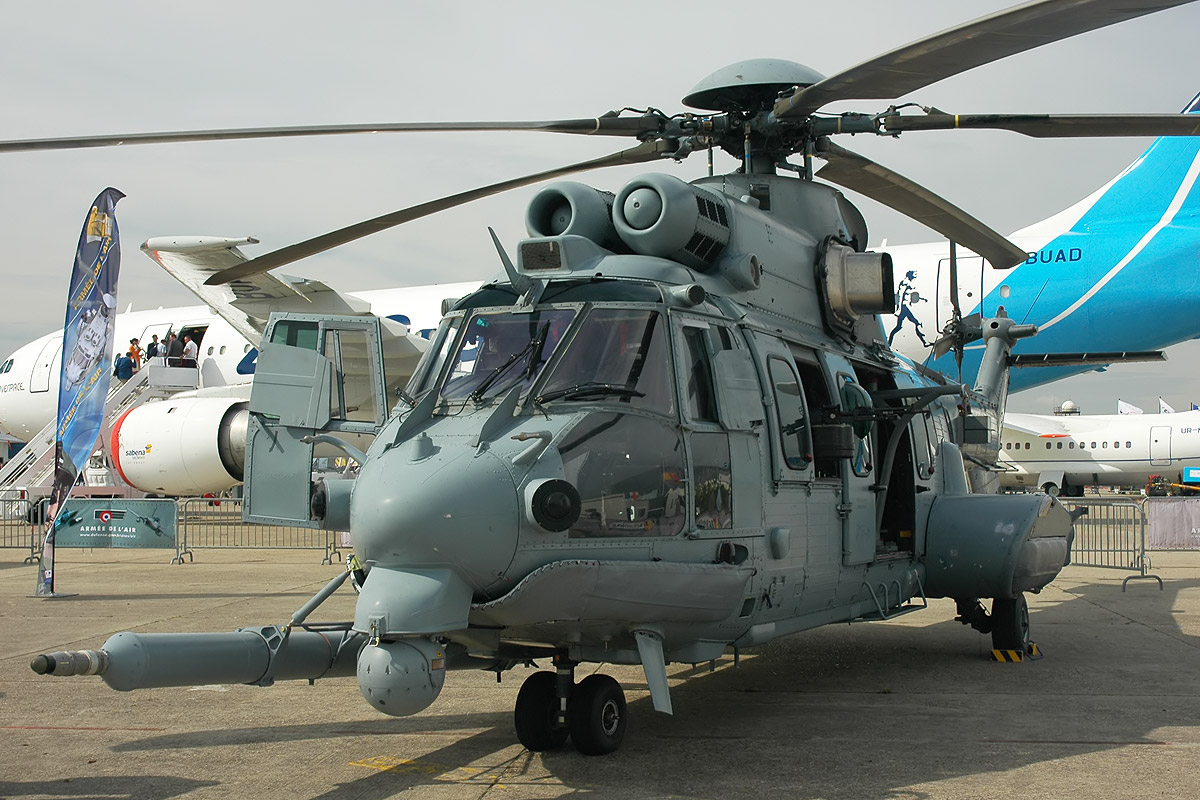 The H225M was previously referred to as the E725. It is one of the most celebrated helicopters in the Cougar family of twin engine Eurocopters. You may also find the EC225, the civilian version of the same chopper.

The helicopter comes with Turbomeca Makila twin engines with 2A turbo shaft, each of which provide approximately 1800 kW of power. This is an increase of 14 percent above the 1A2 engine that was previously produced for the chopper. Additional details of the chopper include; 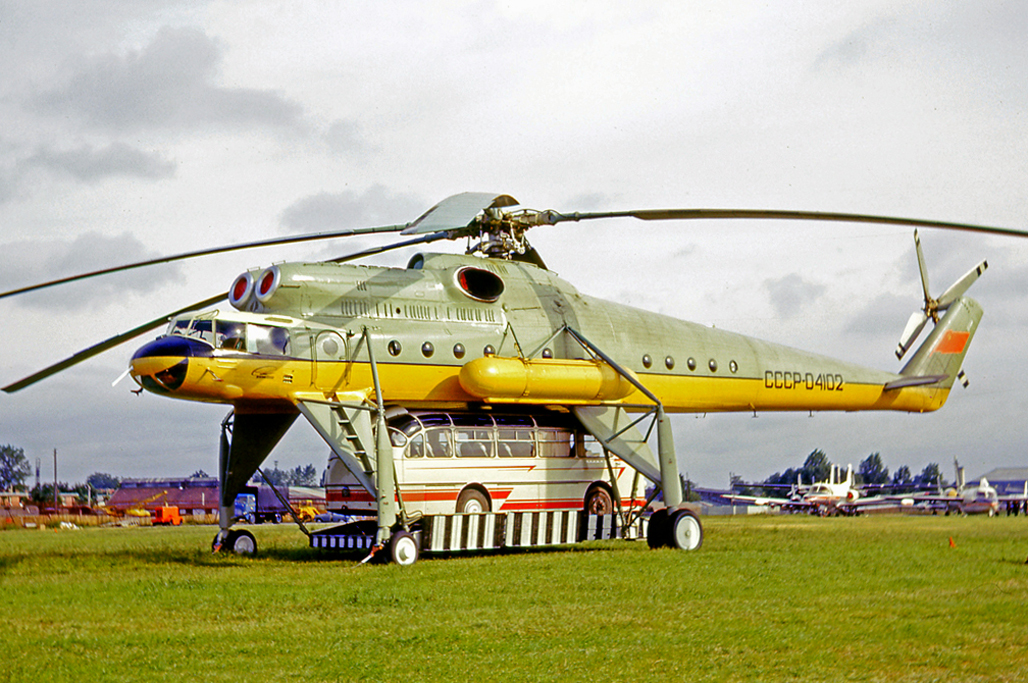 The Mi-10 is an improvement of the older Mi-6 with which it shares commonalities such as rotor system and power plant. The helicopter took its maiden flight in July 1961. It is still operated by the Russian Air force as well as other civil agencies. Among the noticeable improvements include fuselage with shallower cabin but deeper tail boom for more load to be hoisted. It also comes with a twin-wheeled undercarriage to further enhance its heavy lift capacity. Among its most important specifications include; 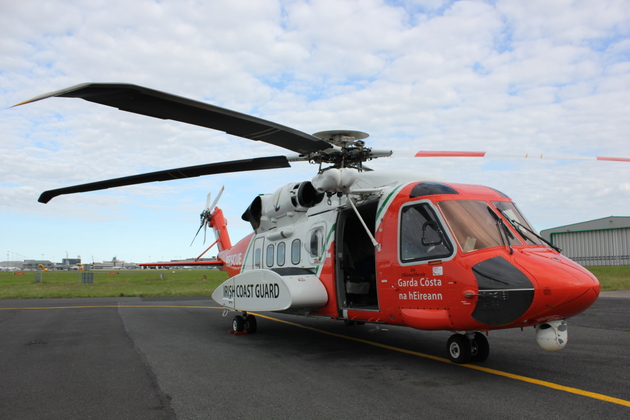 If you want to understand the H-92 Superhawk, then you need to know that is in the same family as the civilian S-92 and its improvement the H-60. It also happens to be in the same family with the Seahawk and the Blackhawk. It first flew in 1998 but entered service much later in 2004. It has been developed with the Sikorsky Black Hawk Technology. Among its other specifications include; 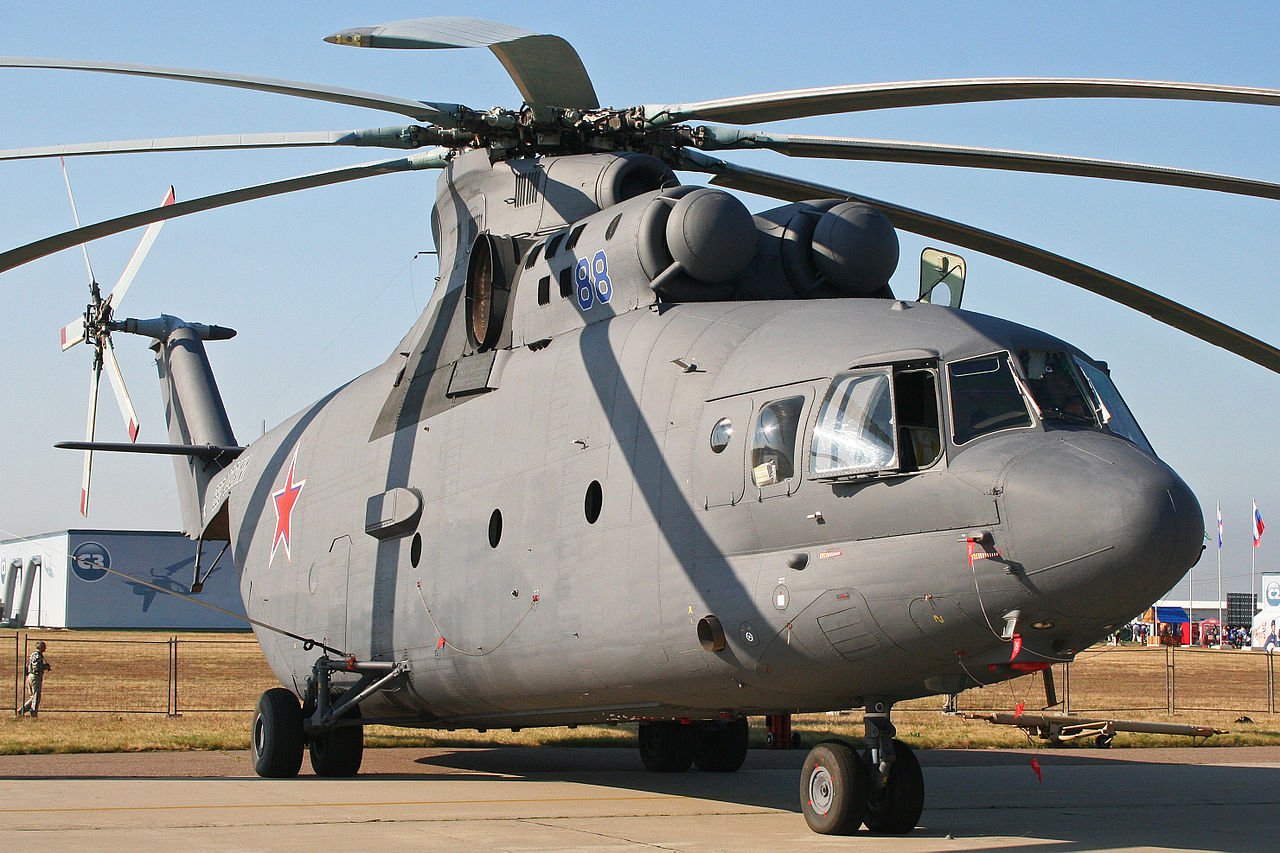 The M1-26 is a heavy transport chopper with twin engines. It was manufactured for both civilian and military operations by the Mil Moscow Helicopter Plant in Moscow. Built in ‘77 but entering service in ‘85, it is said to be the second largest and most powerful chopper in the world. There is a whopping 276 Mi-26’s in operation around the world. Other specifications include; 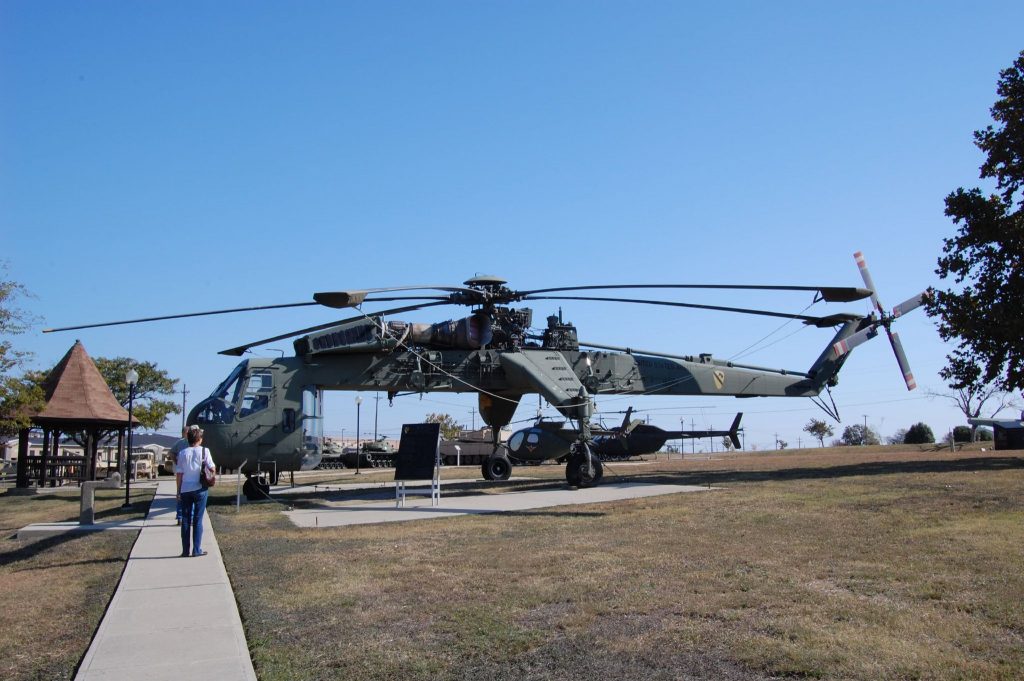 Officially known as the CH-54 Tarhe, this chopper is also referred to as the flying insect or the Skycrane. The name Skycrane is derived from its ability to heavy lift cargo in critical missions while the ‘flying insect’ name is due to its unusual shape which was adopted to enhance its load carrying capacity. It was essentially the beast if war during the Vietnam incursion as it performed missions such as rescue and recovery, troops transport armor transport and medical supplies. It is a product of the Sikorsky. Other specifications of the chopper include;

The Mi-8 is a 4-turbines powered helicopter whose prototype came out in 1961. Its early models had similar rear fuselage and rotor blades as the Mi-4. The helicopter is powered by 2 Sitov engines with 1500 shaft horsepower. The chopper also comes with a 5-blade rotor and this has been the case since 1964. Among its specifications include;

Officially the Sikorsky CH-53 Stallion, this chopper made its maiden flight in ‘74 and entered service in 1981 under the US Marine Corps. Up to date, there has been a total of 172 stallions delivered out of which 162 are in service with the Atlantic and Pacific fleet.

Businesses such off-shore oil drilling regularly need helicopter transportation. Rescue and aid workers use choppers in dangerous environments. Politicians too use the choppers to hop from one meeting to the other during political campaigns. This is why you need to know the best heavy lift helicopters in 2017. If you are in need of heavy duty air transport, the above helicopters will not disappoint you. 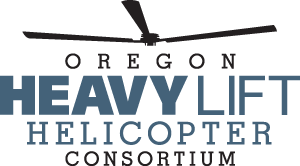 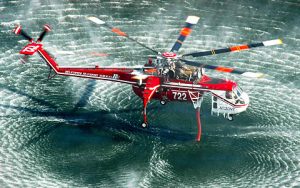 This strategic collaboration allows for an unparalleled disaster response. With a centralized contact point, the Oregon Heavy Lift Helicopter Consortium is the industry leader in fire suppression and disaster recovery work. Through collaboration with state and regional government, the consortium is blazing a trail toward efficient and effective disaster and emergency response. 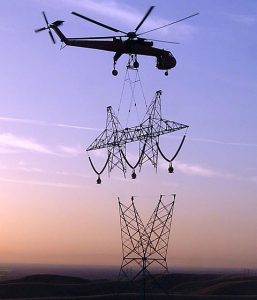 When a heavy load must be moved and the terrain is challenging or the destination remote, an HLH gets the job done. It’s all the power you need, exactly where and when you need it. Leveraging the power and the adaptability within the Oregon Heavy Lift Helicopter Consortium allows environmentally sound timber harvesting, power transmission line construction, habitat restoration, environmental reclamation, petroleum exploration and general heavy lift construction.